Installed on the historic grounds at the University of Virginia, this work was a 20 x 20 meter sculptural ideogram of a Chinese calligraphic sign representing “root, origin, or family lineage.” The ‘digits’ in the work made from over 1,000 plaster Buddha figures. ORIGIN is a land art construction inspired and informed by the bronze-age chalk figures found in a variety of sites in Scotland and England and the elegant dynamic of the classical Chinese ideogram. This work is a fusion of modern digital technology and the ancient practice of hillside monumental artworks dating back to 1400 BCE.  ORIGIN as it is conceived for Scotland is the second stage of a three-part land art project. The first stage was designed and completed as part of an exhibition and artist residency at the University of Virginia in the autumn of 1999.
In the full range of the project, the ideogram, shown above, representing origin, root and family lineage is reproduced digitally on a steep slope of a hill. The construction employs multiple seated Amida figures that are molded from plaster. Amida is a Japanese bodhisattva icon representing infinite light and unbounded compassion. The first stage, installed for the year 2000 on a slope over looking a major highway that cuts through the UVA campus, was comprised of 1,000 eleven-inch statues pegged into the hillside. These red digits form the pixels of an ideogram that is roughly 20 meters wide and high. The second work, comprised of ten to fifteen thousand 22 inch high white plaster sculptures, would be constructed on a steep hill located in the Highlands of Scotland. This digital pictograph would form a character approximately 120 meters high that will be seen from considerable distances. This region is an ideal location as it is the natural home of hundreds of Neolithic sites. The third stage to be constructed in the high desert of the American southwest would be made from over 100,000 plaster statues. The seated figures are made from dental plaster formed in multiple latex molds. I have chosen to work with these figures since 1981 and they appear in various films and installations including Amida (1984),The Well of Patience (for Glasgow /1990) and One With Everything  ( Channel 4 1999).       The socially cohesive strength of this work is dependent upon the involvement of various communities in the entire process from start to completion. 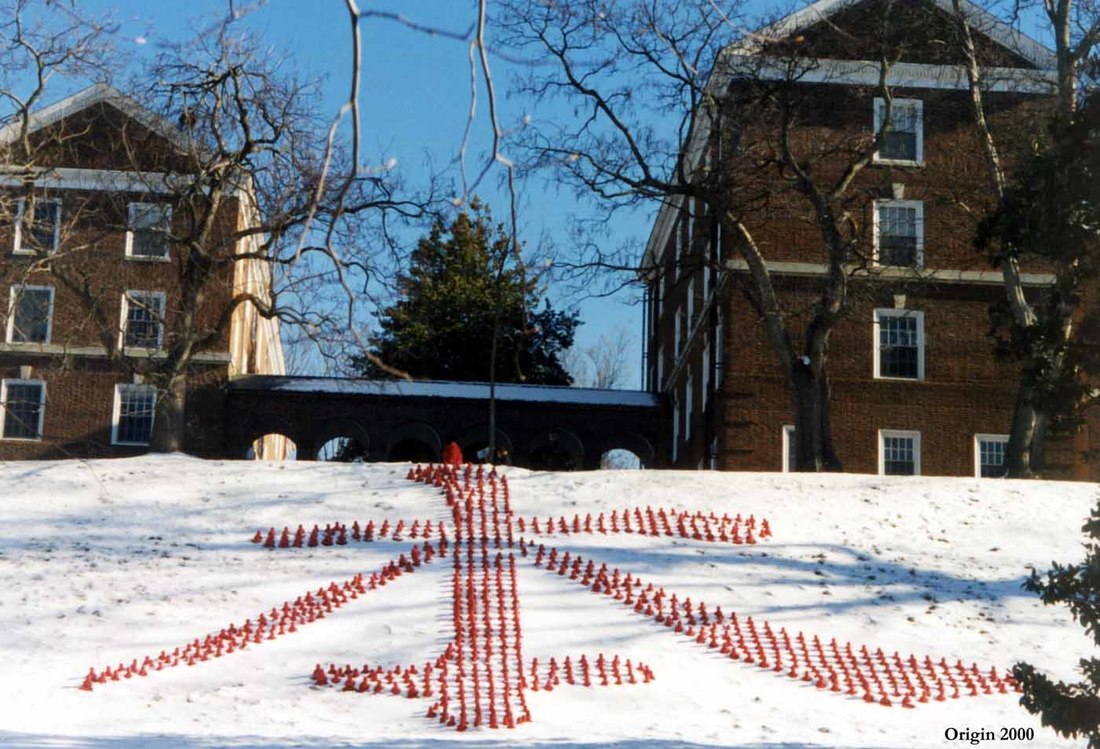 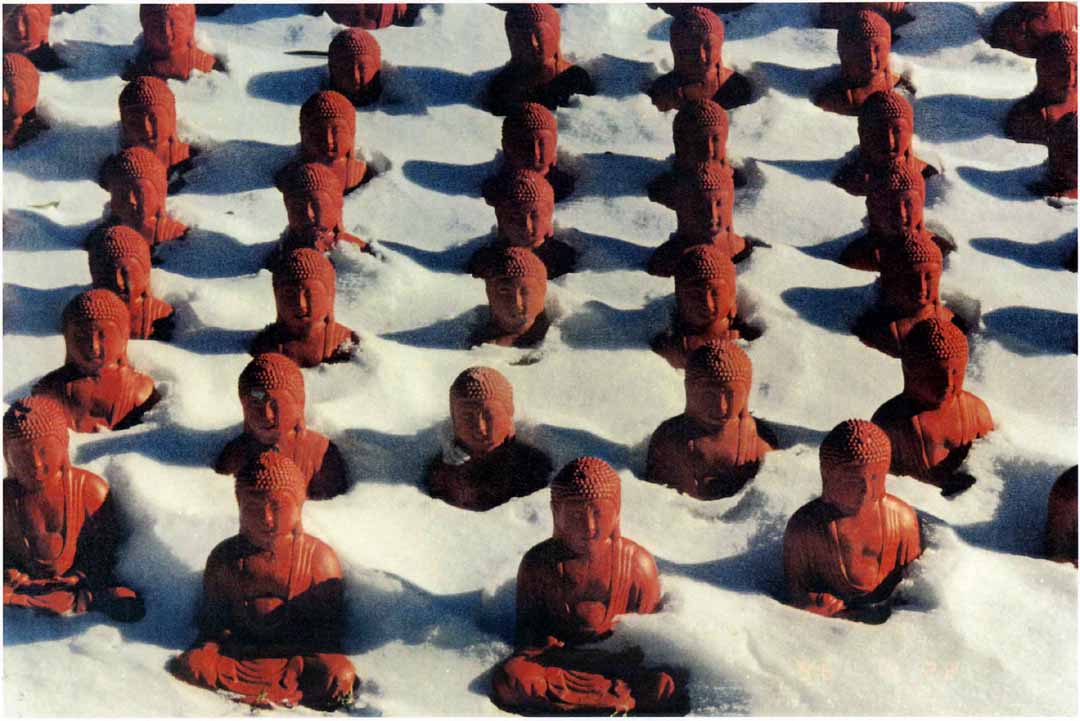 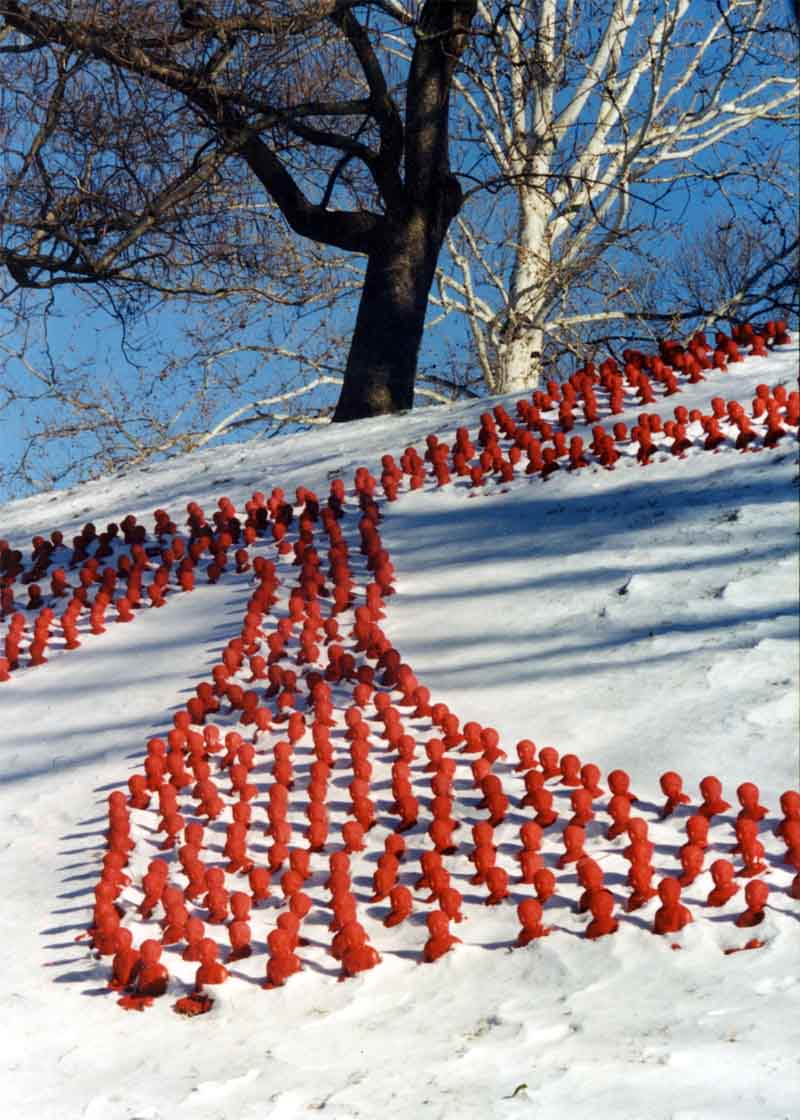